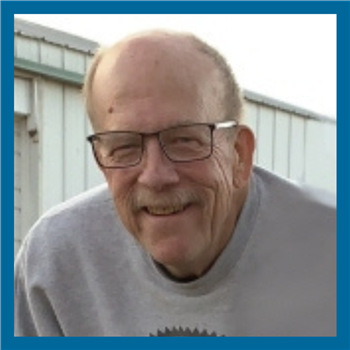 In Loving Memory of “Papa” Steve

Steven Mark Gilbert, 69, died peacefully at UnityPoint Iowa Lutheran Hospital in Des Moines, Iowa, surrounded by his family, on Wednesday, July 13, 2022.
A memorial service for Steve will be held at 2:30 P.M. on Saturday, July 30, 2022 at Community United Methodist Church in Ogden, Iowa. A visitation will be held from 5-7 P.M. on Friday, July 29, 2022 at the Beaver Community Center in Beaver, Iowa. Carson-Stapp Funeral Home in Ogden has been entrusted with arrangements. For online obituaries and condolences, please visit: www.carsonstappfuneralhome.com
Steven Mark Gilbert was born on November 5, 1952 in Boise, Idaho, the son of DeWayne Everett Gilbert and Geneva Alice (McClure) Gilbert. He graduated from Davis Senior High School in the class of 1970. Following high school, Steve married his high school sweetheart, Kim Nicholes, and moved to Iowa to work the family farm. While farming was his primary joy, he also worked at Heinrick Envelope, spent a few years as a crop adjuster, and finally landed at the Soil and Water Conservation District for 25 years. In his youth, Steve enjoyed drumming in his high school marching band, pep band, and played drums in his own band named Sounds of Simulation. He had such a passion for playing his trap set, his parents imposed a noise curfew which his brothers were forever grateful for. He also had a love of the outdoors shown through his time fishing and participating in Boy Scouts. As an adult, Steve’s love of the outdoors presented itself through gardening and his love of farming his family’s land. Steve found enjoyment in bowling and golfing with friends. He also enjoyed playing co-ed slowpitch softball with his team Pounds of Pleasure. For a period of time, he enjoyed his return to the softball field through umpiring. Steve never missed an opportunity to share his daughters’ successes with those around him and his pride in raising them to be strong women. He was a grandfather to children with cystic fibrosis and because of this he was an ardent fundraiser and supporter of the search for a cure. Steve found great joy in being “Papa” to his 7 grandchildren. He enjoyed taking them fishing, boating, playing around on the farm and investing his time in their activities and what they loved. He is remembered for loving fiercely and giving generously - and the candy he always had in the corner cabinet at the farm. Those left to celebrate his life include: his big brother Ken (Bonnie Lewis) Gilbert of Santa Barbara, California, Kim Nicholes of Ames, Iowa, his children Tara (Jeremy) Wright of Ogden, Iowa, Myra (Adam) Giaffoglione of Rockville, Maryland, Gina (William) Ralston of St. Peters, Missouri; 7 grandchildren, Felicity Wright, Cailyn Wright, Lana Wright, Gavin Ralston, Thomas Ralston, Jack Giaffoglione, and Abigail Giaffoglione. He was preceded in death by his parents, DeWayne Gilbert and Geneva Gilbert and his little brother, Douglas Gilbert. In lieu of flowers, it would be an honor to Steve to donate to the Cystic Fibrosis Foundation via this page. Steve made sure that Team Giaffoglione had plenty of shade at Great Strides Omaha in 2019 with the gift of a custom Team G tent! Grandkids Jack and Abigail (in purple) will forever bask in his love. Steve and Myra at a CFF Fundraiser in 2018